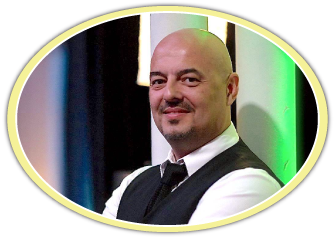 In his youth, Alexander was involved in ballroom dancing and acrobatic Rock and Roll. He became involved in Argentine Tango already in 2004, participated and became the laureate of many international competitions in tango, and starting in 2009 began to teach. Now he is an assisting teacher at the Argentine tango school "Tangomagia" in Moscow, as well as the organizer of the Moscow milonga "ME GUSTA!".

"To date, my DJ experience is about 7 years. I am an active and in-demand DJ, both in urban milongas, and at festivals and marathons of various Russian cities and European countries.
I prefer music of the Golden Age. My favorite orchestras are: Ricardo Tanturi, Anibal Troilo, Carlos Di Sarli, Juan D'Arienzo, Osvaldo Pugliese, Miguel Calo, Osvaldo Fresedo. But, sometimes, I can neatly go beyond the "framework" of the golden age without spoiling the mood of the milonga. "I am often invited to the final milongas of festivals and marathons, as an 'incendiary' DJ".
In addition to Argentine tango, Sasha dances salsa, bachata, and other Latin dances.